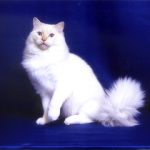 This is Regional Winner Supreme Grand Champion Riterags Mr. Big Stuff. He is the only creme lynx mitted to supreme in the entire world! He has made us all very proud. He was best creme lynx mitted internationally in 2004-2005 show season in TICA!!!! 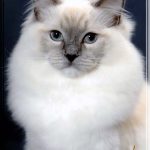 Sammy is what a blue mitt should look like! He has a fabulous brother in California who’s name is Wyatt. He is owned and shown by Carol Jaquez 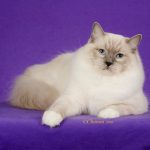 This is a beautiful blue mitted boy! He is Riterags Wyatt of AdorableDolls Ragdolls. He has done very well both in TICA and in CFA. He is from Regional Winner Supreme Grand Champion Riterags Victory and Riterags Sugarpie. Thank you Carol Jaquez for showing and taking such good care of this gorgeous boy!!! 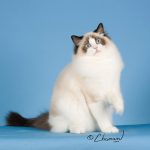 This is Riterags Singular Sensation. He is affectionately known as Tucker & Tank. He is currently the #1 Ragdoll in CCA. 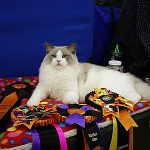 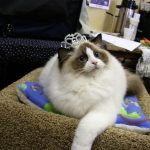 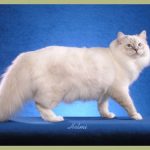 This gorgeous blue lynx mitted boy was Riterags’ first supreme!!! He is from Regional Winner Quadruple Grand Champion Ritzyrags Blue Angeline and Rivershorerags Champion Samson of Riterags. He supremed at the Kalamazoo, Michigan show in 2003. He received his best from TICA’s president, Kay DeVillbis

He is the proud father of RW SGC Jumbolette and RW SGC Crystal Blu!!!! 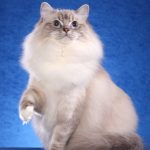 The apple doesn’t fall to far from the tree!! This lovely blue lynx mitted girl is from RW SGC Victory and she is a spitting image of her father! We are so proud of her. She supremed at the T-Town Cats show is Tulsa, OK in 2006. 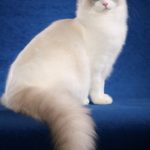 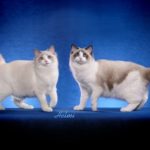